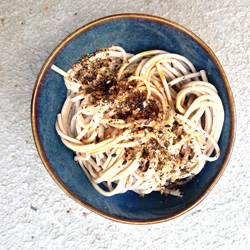 Soba noodles, made of buckwheat flour, is thought to have originated in China and been brought to Japan around 2,500 years ago. Buckwheat is a highly nutritious grain, especially rich in vitamin B. The flour is produced including the skin of the grain, so that the flour takes on a unique flavor and turns a grayish color. This kind of flour is usually used to make the soba that is so popular in Japanese cuisine.

Throughout Japanese culture, soba has been regarded as a frugal but special meal. Historically, people ate Soba noodles at the end of each month, called Misoka-soba, since Misoka means â€˜the last day of a monthâ€™. Misoka-soba was eaten to celebrate another month of working hard and having good health. Soba noodles are traditionally served either chilled with a variety of toppings, or in hot broth as a noodle soup. Many people think that the best way to experience the unique texture of hand-made soba noodles is to eat them cold, since letting them soak in hot broth changes 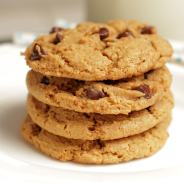 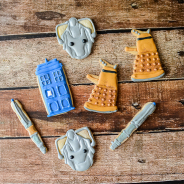 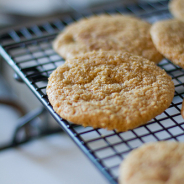 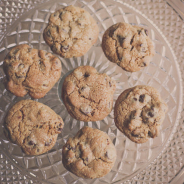 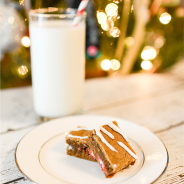 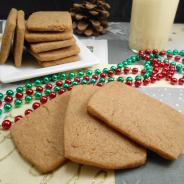 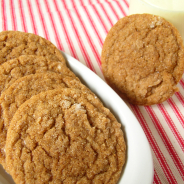 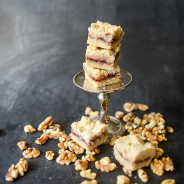