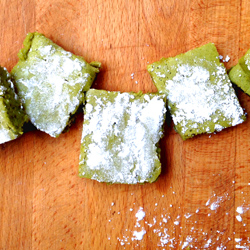 Mochi is made from mochi-mai, a type of rice known as â€œglutinousâ€ or â€œsweetâ€ in English. This short-grain rice is much stickier than the medium-grain uruchi-mai rice thatâ€™s standard in Japanese cuisine. Mochi is made from glutinous rice by pounding steamed rice into dough, creating a more dense version of steamed rice.

The earliest evidence of mochi was in early 8th century literature. At that time, Mochi was a special food eaten only by Nobleman or the emperor at religious or celebratory occasions. They added soybean, adzuki bean, sesame seeds or chestnut to glutinous rice. After the 17th century, growing rice had become far more prevalent, making Mochi more accessible and increasingly popular. 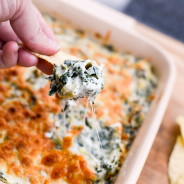 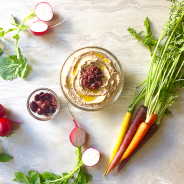 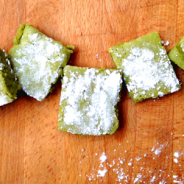